They ask thee concerning Zul-Qarnain. Say, "I will rehearse to you something of his story. Verily We established his power on earth, and We gave him the ways and the means to all ends. One (such) way he followed, Until, when he reached the setting of the sun, he found it set in a spring of murky water: Near it he found a People: We said: "O Zul-qarnain! (thou hast authority,) either to punish them, or to treat them with kindness." He said: "Whoever doth wrong, him shall we punish; then shall he be sent back to his Lord; and He will punish him with a punishment unheard-of (before). "But whoever believes, and works righteousness,- he shall have a goodly reward, and easy will be his task as We order it by our Command."

Then followed he (another) way,Until, when he came to the rising of the sun, he found it rising on a people for whom We had provided no covering protection against the sun. (He left them) as they were: We completely understood what was before him.

Then followed he (another) way, Until, when he reached (a tract) between two mountains, he found, beneath them, a people who scarcely understood a word. They said: "O Zul-qarnain! the Gog and Magog (People) do great mischief on earth: shall we then render thee tribute in order that thou mightest erect a barrier between us and them?

He said: "(The power) in which my Lord has established me is better (than tribute): Help me therefore with strength (and labour): I will erect a strong barrier between you and them: "Bring me blocks of iron." At length, when he had filled up the space between the two steep mountain-sides, He said, "Blow (with your bellows)" Then, when he had made it (red) as fire, he said: "Bring me, that I may pour over it, molten lead." Thus were they made powerless to scale it or to dig through it.

The identification of Zul-Qarnain has been a controversial matter from the earliest times. in general the commentators have been of the opinion that he was Alexander the Great but the characteristics of Zul-Qarnain described in the Qur'an are not applicable to him. However, now the commentators are inclined to believe that Zul-Qarnain was Cyrus, an ancient king of Iran. We are also of the opinion that probably Zul-Qarnain was Cyrus, but the historical facts, which have come to light up to this time, are not sufficient to make any categorical assertion.
Now let us consider the characteristics of Zul-Qarnain in the light of his story as given in the Quran:
(1) The title Zul-Qarnain ("The Two-Hotned") should have been quite familiar to the Jews, for it was at their instigation that the disbelievers of Makkah put this question to the Holy Prophet. Therefore we must turn to the Jewish literature in order to learn who was the person known as "The Two-Horned" or which was the kingdom known as "The Two-Horned."
(2) Zul-Qarnain must have been a great ruler and a great conqueror whose conquests might have spread from the East to the West and on the third side to the North or to the South. Before the revelation of the Qur'an there had been several persons, who were such great conquerors. So we must confine our research for the other characteristics of Zul-Qarnain to one of these persons. '
(3) This title should be applicable to such a ruler who might have constructed a strong wall across a mountain pass to protect his kingdom from the incursions of Gog and Magog. In order to investigate this thing, we will have to determine as to who were Gog and Magog. We will also have to find out when such a wall was built and by whom and to which territory it was adjacent.
(4) Besides possessing the above-mentioned characteristics, he should also be a God-worshipper and a just ruler, for the Qur'an has brought into prominence these characteristics more than anything else.
The first of these characteristics is easily applicable to Cyrus, for according to the Bible Prophet Daniel saw in his vision that the united kingdom of Media and Persia was like a two-horned ram before the rise of the Greeks. (Dan. 8: 3,"20). The Jews had a very high opinion of "The Two-horned" one, because it was his invasion which brought about the downfall of the kingdom of Babylon and the liberation of the Israelites (Please also refer to E.N. 8 of Chapter XVII).
The second characteristic is applicable to him to a great extent but not completely. Though his conquests spread to Syria and Asia Minor in the West and to Bakhtar (Balkh) in the East, there is no trace of any of his great expeditions to the North or to the South, whereas the Qur'an makes an explicit mention of his third expedition. Nevertheless, this third expedition is not wholly out of question for history tells us that his kingdom extended to Caucasia in the North. As regards Gog and Magog, it has been nearly established that they were the wild tribes of Central Asia who were known by different names: Tartars, Mongols, Huns and Scythians, who 'had been making inroads on settled kingdoms and empires from very ancient times. It is also known that strong bulwarks had been built in southern regions of Caucasia, though it has not been as yet historically established that these were built by Cyrus.
As regards the last characteristic, Cyrus is the only known conqueror among the ancient rulers, to whom this may be applicable, for even his enemies have been full of praise for him for his justice, and, Ezra, a book of the Bible, asserts that he was a God-worshipper and a God-fearing king who set free the Israelites because of his God-worship, and ordered that the Temple of Solomon should be rebuilt for the worship of Allah, Who has no partner.
In the light of the above, we admit that of all the conquerors, who had passed away before the revelation of the Qur'an, Cyrus alone is the one to whom the characteristics of "Zul-Qarnain" are most applicable, but we need more evidence to determine specifically that Cyrus is definitely "Zul-Qarnain." Anyhow, there is no other conqueror to whom the characteristics stated in the Qur'an are as much applicable as to Cyrus.
Historically it is enough to say that Cyrus was a Persian ruler, whose rise began about 549 B.C. In a few years, he conquered the kingdom of Media and Lydia and afterwards conquered Babylon in 539 B.C. After this no powerful kingdom was left to oppose him. His conquests extended to Sind and the territory known as Turkistan on one side, and to Egypt and Libya and to Thrace and Macedonia and to Caucasia and Khawarzam in the North. In fact, the whole civilized world was under his sway. (Tafheemul Quran) 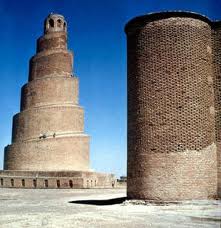