Superiority Only in Righteousness

Muhammad (s.a.a.w.) asked people to shun notions of racial, family or any other form of superiority based on mundane things and said that righteousness alone was the criterion of one's superiority over another. It has already been shown how he mixed with everyone on equal terms, how he ate with slaves, servants and the poorest on the same sheet (a practice that is still followed in Arabia), how he refused all privileges and worked like any ordinary labourer. Two instances may, however, be quoted here:

The prisoners of war of Badr included Abbas, the uncle of the Prophet (s.a.a.w.). Some people were prepared to forgo their shares and remit the Prophet's (s.a.a.w.) ransom but he declined saying that he could make no distinctions. [Sahih Bukhari]

During a halt on a journey, the companions apportioned work among themselves for preparing food. The Prophet (s.a.a.w.) took upon himself the task of collecting firewood. His companions pleaded that they would do it and that he need not take the trouble, but he replied,

"It is true, but I do not like to attribute any distinction to myself. Allah does not like the man who considers himself superior to his companions." [Zarqani, Vol. 4 pg. 306)]

An excerpt from the book entitled "The Message of Mohammad," by Athar Husain. 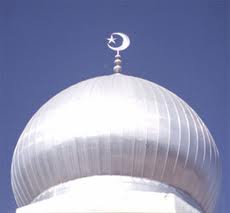