Concept of Lord God by People of Sodom

The next in historical order after the people of Prophet Ibrahim (peace be on him) are the people of Sodom, the task of whose reformation was entrusted to Hazrat Ibrahim's nephew, Lot (may peace be upon both). From the Qur'an we know about these people too that while they neither denied the existence of God nor His being the Creator and the Rabb in the first and the second senses of the word, they refused to acknowledge Him as such in the third, fourth, and fifth senses, and also repudiated the authority of the Prophet Lot as His trusted representative to lay down the law for their conduct. What they wanted was to be left to do as they pleased, and this was their real crime and the reason for their bringing God's wrath upon their heads. This is what the Qur'an says about them:

When their kinsman Lot said to them, "Will you not fear God? Look! I am a trusted messenger to you (from God). Therefore (believe what I say and) try to save yourselves from Divine wrath, and do as I tell you, I ask no reward for myself, because my reward lies with God. Do you, unlike the whole of the rest of humanity, turn to males (for your Sexual satisfaction) and leave aside the wives your Rabb has created for you for the purpose? Surely, you are the worst of wrong-doers". (Quran 26:161-166)

Obviously these words can have only been addressed to a people who did not deny the existence of God or His being the Creator and the Provider. And that is why they did not counter by asking who was God, or how could He claim to be the Creator, or how did He become their Rabb. What they did say instead was, "Listen, Lot, if you do not stop your preachings, you will surely find yourself turned out from the land." (Quran 26:167)

In another place, the matter is put in the following words:

And (we sent) Lot (to his people as Our messenger and) when he said to them, "You commit an obscenity which no one in the world has ever committed before. You satisfy your sexual urge with males, commit highway robberies, and openly indulge in obscenities in your gatherings." Their only answer was: If you are so right in what you say, then bring down the wrath of Allah upon our heads". (Quran 29:28,29)

Can these words have been uttered by a people who did not believe in the existence of God? Clearly, their real crime was not the denial of His being the Ilah and the Rabb but that, while believing in Him to be both in the supernatural sense, they refused to follow His law and to accept the guidance of His messenger in the moral, social, and cultural spheres.
Tweet
Text Size 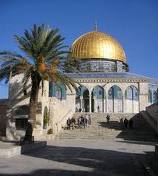