Another exceptionally remarkable institution and major pillar of Islam is the Zakah. To the Qur’anic word Zakah and the meaning it conveys, there is no equivalent in any other language as far as we know. It is not just a form of charity or alms-giving or tax or tithe. Nor is it simply an expression of kindness; it is all of these combined and much more. It is not merely a deduction of a certain percentage from one's property, but an abundant enrichment and spiritual investment. It is not simply a voluntary contribution to someone or some cause, nor a government tax that a shrewd clever person can get away with. Rather, it is a duty enjoined by God and undertaken by Muslims in the interest of society as a whole. The Qur’anic word Zakah not only includes charity, alms, tithe, kindness, official tax, voluntary contributions, etc., but it also combines with all these God-mindedness and spiritual as well as moral motives. That is why there can be no equivalent to the word Zakah because of the supreme originality of the Qur’an, the Divine Book of God.

The literal and simple meaning of Zakah is purity. The technical meaning of the word designates the annual amount in kind or coin which a Muslim with means must distribute among the rightful beneficiaries. But the religious and spiritual significance of Zakah is much deeper and more lively. So is its humanitarian and sociopolitical value. Here is an explanation of the far-reaching effects of Zakah:

The Rate of Zakah

Every Muslim, male or female, who, at the end of the year, is in possession of approximately fifteen dollars or more, in cash or articles of trade, must give Zakah at the minimum rate of two and one-half percent. In the case of having the amount in cash the matter is easy. But when a person has wealth in business stocks or trade articles, he must evaluate his wealth at the end of every year according to the current value and give Zakah at the same rate of two and one-half percent of the total value of the wealth. If his investment is in immovable property like revenue buildings and industries, the rate of Zakah should go by the total net of the income, and not of the total value of the whole property. But if he puts up buildings and houses for trade or selling, Zakah rate should go by the total value of the entire property. Also if someone is a creditor and the indebted person is reliable one should pay Zakah for the amount he has lent because it is still a portion of his guaranteed wealth.

In all cases it should be remembered that one pays only for his net balance. His personal expenses, his family allowances, his necessary expenditures, his due credits-all are, paid first, and Zakah is for the net balance.

It should also be remembered that the rate of 2.5% is only a minimum. In times of emergency or arising needs there is no rate limit; the more one gives, the better it is for all concerned. The distribution of Zakah serves all purposes for which numerous fundraising campaigns are launched. The Zakah fund substitutes for all the other funds. It is authentically reported that there were times in the history of the Islamic administration when there was no person eligible to receive Zakah; every subject-Muslim, Christian, and Jew- of the vast Islamic empire had enough to satisfy his needs, and the rulers had to deposit the Zakah collections in the Public Treasury. This shows that when the Zakah law is enacted properly it minimizes the needs of the citizens and enriches the Public Treasury to such an extent that there may be no needy or poor, and that enormous amounts of surplus are available.

The unfailing power of this effective measure of public interest stems from the fact that it is a Divine injunction, an ordinance from God Himself. It is not a personal matter or a voluntary contribution; rather, it is an obligation, for the fulfillment of which one will be responsible to God directly. Because Zakah is the legislation of God Himself to be enforced in the common interest, no Muslim is allowed to neglect it. When it is not observed properly, the rightful authorities of the State must interfere on behalf of the public to establish the institution and see to it that it is enforced.

The Due Recipients of Zakah

The Holy Qur’an classifies the due recipients of Zakah as follows:

1. The poor Muslims, to relieve their distress;

5. The Muslims in debt; to free them from their liabilities incurred under

The due recipient of Zakah is one who has nothing to meet his necessities or has little (less than $15.00) at the end of the year. If one has approximately $15.00 or more he must be a contributor, not a recipient of Zakah. If a recipient receives his share and finds that it is sufficient for his immediate needs with a balance of about $15.00, he should not accept any more. He should return whatever he may receive to other eligible recipients.

Zakah may be distributed directly to individuals of one or more of the said classes, or to welfare organizations which look after them. It may also be distributed in the form of scholarships to bright and promising MUSLIM students and researchers, or in the form of grants to welfare organizations and public service institutions which patronize such causes.

A disabled or invalid poor Muslim is preferable to one who is able and capable of making some earnings. The contributor should use his best judgment in finding the most deserving beneficiaries.

The taxes we pay to governments nowadays do not substitute for this religious duty; it must be earmarked as a special obligation and paid separately, aside from the government taxes. However, the Muslims of North America may take advantage of the tax laws that allow certain deductions for charity. They should pay their Zakah to the deserving beneficiaries and then claim the sums paid as proper legal deductions.

The contributor should not seek pride or fame by carrying out this duty. He should make it as covert as possible so that he may not be victimized by hypocrisy or passion for vanity which nullifies all good deeds. However, if the disclosure of his name or the announcement of his contribution is likely to encourage others and stimulate them, it is all right to do so.

Zakah is also obligatory on cattle and agricultural products. The shares payable in this regard vary from case to case, and need a detailed discussion. So the reader may be advised to consult the elaborate sources of Law and religion.

From: Islam in Focus by Hammudah Abdalati (American Trust Publications). Get the book from www.isna.com 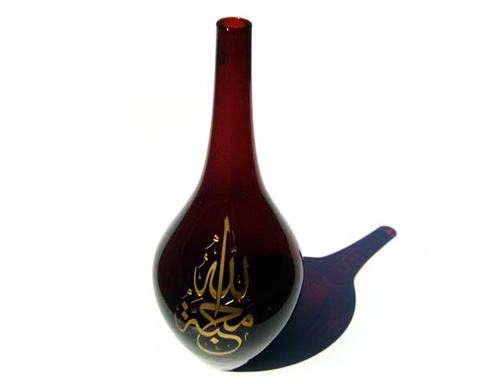