Ramadan is the month on the Islamic lunar calendar during which Muslims abstain from food, drink and other sensual pleasures from break of dawn to sunset. The fast is performed to learn discipline, self-restraint and generosity, while obeying God's commandments.
Fasting (along with the declaration of faith, daily prayers, charity, and pilgrimage to Mecca) is one of the "five pillars" of Islam. Because Ramadan is a lunar month, it begins about eleven days earlier each year.
( www.cair-net.org )

Fasting is one of the five pillars of Islam. It is an act of obedience and submission to Allah's commands through the highest degree of commitment, sincerity and faithfulness to seek Allah's mercy, to atone for sins, errors, and mistakes and to avoid condemnation to Hell.

It is done out of deep love for God, with a genuine virtue of devotion, honest dedication and closeness to Allah, for Fasting is for Allah and Him alone.

The fasting during Ramadan is obligatory on every adult, sane, and able Muslim.

Denial of the obligatory nature of fasting in the month of Ramadan amounts to disbelief.

One who avoids fasting without genuine reasons is a sinner and transgressor according to Islamic Shariah (Law).

Time: When to fast

Fasting in Islam involves abstinence from three primal physical needs of human beings- food, drink, and sexual intercourse from dawn (approximately one and a half hours before sunrise) to sunset during the entire month of Ramadan.

Who is exempted from fasting

1. Children under the age of puberty and discretion;

2. The insane people who are unaccountable for their deeds. People of these two categories are exempted from the duty of fasting and no compensation or any other substitute is enjoined on them;

3. Men and women who are too old and feeble to undertake the obligation of fasting and bear its hardships. Such people are exempted from this duty, but they must offer at least one needy poor Muslim an average full meal or its value per person day.

4. Sick people whose health is likely to be severely affected by fasting. They may postpone the fast, as long as they are sick, to a later date and makeup for it, a day for a day;

5. People expecting hardship. Such people may break the fast temporarily during their travel only and make up for it in later days, a day for a day. But it is better for them, the Quran says, to keep the fast if they can without causing extraordinary hardships;

6. Expectant women and women nursing their children may also break the fast, if its observance is likely to endanger their own health or that of their infants. But they must make up for the fast at a delayed time, a day for a day;

7. Women in periods of menstruation (of a maximum of ten days). They must postpone the fast till recovery and then make up for it, a day for day.

The How To’s of Fasting

Niyyah or Intention of Fast

To observe the fast, the intention of fasting is essential (Wajib). The intention should be made daily, preferably before dawn of each day of fasting (in Ramadan).

Provision is made if someone has forgotten to express his intention before dawn. In such a case one is allowed to express intention of fasting before noon to avoid the invalidation of the fast.

The wording of Niyyah may be as follows:

"I intend to observe fast for today."

Suhoor is a light, predawn meal, recommended before actually fasting. It is a blessing and hence recommended but not essential.

Any consumption of food or drink should cease at least five to ten minutes before the onset of dawn.

Iftar is an Arabic term meaning breaking the fast immediately after the sunset. Iftar is a light snack consisting of dates or desserts, along with liquids, such as water, juice or milk.

This is eaten after making the following Dua (supplication) for breaking the fast:

"Oh Allah!  I fasted for your sake and I am breaking my fast from the sustenance You blessed me with, accept it from me."

What breaks the fast

1. Intentional consumption of food, drink, medicine, or smoking during the fasting.

2. Any injection which has some nutritional value.

3. Beginning of menstruation or post natal birth bleeding (even in the last moment of sunset).

The conditions mentioned above invalidate fasting and require "Qada" (making up only the missed day or days). However, intentional intercourse during the hours of fasting invalidates fasting and not only requires "Qada" but also additional penalty (Kaffara-see the explanation of this below).

What does not break the fast

1. Eating or drinking by mistake, unmindful of the fast.

3. Swallowing things which are not possible to avoid, such as one's own saliva, street dust, smoke, etc.

5. Bathing: if water is swallowed unintentionally, it does not invalidate the fast. However, while fasting gargling should be avoided.

6. Injection or I/V (Intravenous) which is solely medicinal and not nutritional.

7. In some special circumstances if the food or drink is just tasted and immediately removed out of the mouth without allowing it to enter into the throat.

During the fasting period, if one deliberately breaks his or her fast, s/he must free one slave, or fast for sixty continuous days, or feed sixty needy persons, or spend in charity an amount equal to feeding sixty persons.

If one chooses to fast sixty days and the continuity is interrupted for any reason, except menstruation, one has to start the sixty day cycle all over again.

Breaking of the fast under exceptional conditions

Muslims are permitted to break their fast of Ramadan when there is a danger to their health.

In this situation a Muslim should make up his/her fast later. The missed fast(s) can be made up at any other time of the year, either continuously or intermittently, except on the day of Eid-ul-Fitr and the day of Eid-ul-Adha

These are special Sunnah prayers in the month of Ramadan. They follow the Isha prayers.  A minimum of eight and a maximum of twenty Rakat are offered in pairs of two.

Amongst the nights of Ramadan, there is one special night of Power (Qadr) which is highlighted in Surah al-Qadr (Surah 97 in the Quran).

It has the significance of being better than a thousand months (Quran 97:3).

This was the night when Quran was revealed to mankind. Prophet Muhammad (peace and blessings be upon him) recommended Muslims search for this night of Power (Qadr) in the odd nights of the last ten nights in Ramadan.

Muslims spend the night in Ibadah (worship), asking forgiveness of their sins and reciting the Quran.

TRADITIONAL PRACTICES (by www.cair-net.org )
* Breaking the daily fast with a drink of water and dates
* Reading the entire Quran during Ramadan (For this purpose, the
Quran is divided into 30 units.)
* Social visits are encouraged.

EID UL-FITR ("Festival of Fast-Breaking") PRAYERS AT THE END OF
RAMADAN
* Eid begins with special morning prayers on the first day of
Shawwal (Expected January 19, 1999*), the month following Ramadan on
the Islamic lunar calendar, and lasts for three days.
* It is forbidden to perform an optional fast during Eid because it
is a time for relaxation.
* During Eid Muslims greet each other with the phrase "Eid Mubarak"
(eed-moo-bar-ak), meaning "blessed Eid" and "taqabballah ta'atakum,"
or "may God accept your deeds."

Demographers say Islam is one of the fastest growing religions in
this country and around the world. There are an estimated 6 million
Muslims in America and some 1.2 billion worldwide.

Q: How did the fast during Ramadan become obligatory for Muslims?
A: The revelations from God to the Prophet Muhammad that would
eventually be compiled as the Quran began during Ramadan in the year
610, but the fast of Ramadan did not become a religious obligation
for Muslims until the year 624. The obligation to fast is explained
in the second chapter of the Quran: "O ye who believe! Fasting is
prescribed to you as it was prescribed to those before you, that ye
may (learn) self-restraint...Ramadan is the (month) in which was
sent down the Quran, as a guide to mankind, also clear (Signs) for
guidance and judgment (between right and wrong). So every one of you
who is present (at his home) during that month should spend it in
fasting..." (Chapter 2, verses 183 and 185)

Q: What do Muslims believe they gain from fasting?
A: The main benefits of Ramadan are an increased compassion for
those in need of the necessities of life, a sense of self-
purification and reflection and a renewed focus on spirituality.
Muslims also appreciate the feeling of togetherness shared by family
and friends throughout the month. Perhaps the greatest practical
benefit is the yearly lesson in self-restraint and discipline that
can carry forward to other aspects of a Muslim's life such as work
and education.

Q: Do people normally lose weight during Ramadan?
A: Some people do lose weight, but others may not. It is recommended
that meals eaten during Ramadan be light, but most people can't
resist sampling special sweets and foods associated with Ramadan.

Q: Why does Ramadan begin on a different day each year?
A: Because Ramadan is a lunar month, it begins about eleven days
earlier each year. Throughout a Muslim's lifetime, Ramadan will fall
both during winter months, when the days are short, and summer
months, when the days are long and the fast is more difficult. In
this way, the difficulty of the fast is evenly distributed between
Muslims living in the northern and southern hemispheres.

Q: What is Lailat ul-Qadr?
A: Lailat ul-Qadr ("Night of Power") marks the anniversary of the
night on which the Prophet Muhammad first began receiving
revelations from God, through the angel Gabriel. An entire chapter
in the Quran deals with this night: "We have indeed revealed this
(Message) in the Night of Power: and what will explain to thee what
the Night of Power is? The Night of Power is better than a thousand
months. Therein come down the angels and the Spirit by God's
permission, on every errand. Peace!...This until the rise of morn."
(Chapter 97) Muslims believe Lailat ul-Qadr is one of the last odd-
numbered nights of Ramadan.

Q: Isn't it difficult to perform the fast in America?
A: In many ways, fasting in American society is easier than fasting
in areas where the climate is extremely hot. This year at least, the
number of daylight hours will be less than when Ramadan occurs
during the spring or summer. In Muslim countries, most people are
observing the fast, so there are fewer temptations such as luncheon
meetings, daytime celebrations and offers of food from friends. Many
American Muslims would prefer a daytime work shift during Ramadan so that they may break the fast with their families and attend evening
prayers.

Q: How can non-Muslim co-workers and friends help someone who is
fasting?
A: Employers, co-workers and teachers can help by understanding the
significance of Ramadan and by showing a willingness to make minor
allowances for its physical demands. Special consideration can be
given to such things as requests for vacation time, the need for
flexible early morning or evening work schedules and lighter
homework assignments. It is also very important that Muslim workers
and students be given time to attend Eid prayers at the end of
Ramadan. Eid is as important to Muslims as Christmas and Yom Kippur
are to Christians and Jews. A small token such as a card (there are
Eid cards available from Muslim bookstores) or baked goods given to
a Muslim co-worker during Eid ul-Fitr would also be greatly
appreciated. Hospital workers should be aware that injections and
oral medications may break the fast. Patients should be given the
opportunity to decide whether or not their condition exempts them
from fasting. 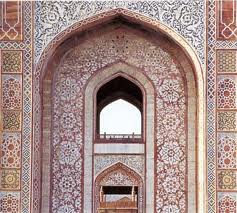