In the name of Allah, the Most Merciful, the Most Kind

Belief in One God is the most important axiom in Islam. The One God, Allah in Arabic, is the Creator of everything. Allah is a living God, the Creator, the Shaper, the Evolver, the Most High, the Exalted, the Perfect. There is none like Him. He has no beginning nor an end. Prophets like Abraham, Moses, Jesus and Muhammad performed miracles by the leave of God. May peace and blessings be on all His prophets. It is Allah Who created Adam without parents and Jesus without a father. God is not in need of any other gods, sons or daughters. He begets not, nor is He begotton. His creatures can call on Allah directly and He listens. It is Allah Who sent His final messenger Muhammad fourteen centuries ago as a mercy for the worlds. Our salvation depends on worship of the One God as taught by Muhammad (s.a.a.w.)

The Holy Quran is filled with verses to help us understand God. The following is a collection of verses which contain or imply the words "It is He Who." Some other verses have been added to retain the context. These verses should serve us well in getting to know Him better. Those who know Arabic can enjoy reading these in Arabic a lot better than any translation can do. That is so not only because the original text is in Arabic, but also that the Arabic verses are the words of God which came to prophet Muhammad through angel Jibrael (Gabriel) (peace be on him).

044.008 There is no god but He: It is He Who gives life and gives death,- The Lord and Cherisher to you and your earliest ancestors.

It is Allah Who is the Creator
030.027  It is He Who begins (the process of) creation; then repeats it; and for Him it is most easy. To Him belongs the loftiest similitude (we can think of) in the heavens and the earth: for He is Exalted in Might, full of wisdom.

It is Allah Who Created You
006.098 It is He Who hath produced you from a single person: here is a place of sojourn and a place of departure: We detail Our signs for people who understand.

040.067 It is He Who has created you from dust then from a sperm-drop, then from a leech-like clot; then does he get you out (into the light) as a child: then lets you (grow and) reach your age of full strength; then lets you become old,- though of you there are some who die before;- and lets you reach a Term appointed; in order that ye may learn wisdom.

016.078 It is He Who brought you forth from the wombs of your mothers when ye knew nothing; and He gave you hearing and sight and intelligence and affections: that ye may give thanks (to God).

(2:21) O Mankind, submit to your Lord Who created you and those who were before you; in this way only you may expect to save yourselves.

023.078 It is He Who has created for you (the faculties of) hearing, sight, feeling and understanding: little thanks it is ye give!

025.054 It is He Who has created man from water: then has He established relationships of lineage and marriage: for thy Lord has power (over all things).

064.002 It is He Who has created you; and of you are some that are Unbelievers, and some that are Believers: and God sees well all that ye do.

It is Allah Who Made you His vicegerents on earth
006.165 It is He Who hath made you (His) agents, inheritors of the earth: He hath raised you in ranks, some above others: that He may try you in the gifts He hath given you: for thy Lord is quick in punishment: yet He is indeed Oft-forgiving, Most Merciful.

It is Allah Who Created the Earth, Skies and Heavens, ...
(2:22) It is He Who has made the earth a bed for you and the sky a canopy; and it is He Who sends down rain from above for the growth of every kind of food products for your sustenance. So, when you know this, you should not set up equals to rank with Allah.

(2:29) He it is Who created for you all that there is on the Earth; He then turned to the sky and ordered it into seven heavens. And He has full knowledge of everything.
[It is difficult to explain precisely what is meant by the 'seven heavens'. In all ages man has tried, with the help of observation and speculation, to conceptualize the 'heavens', i.e. that which lies beyond and above the earth. As we well know, the concepts that have thus developed have constantantly changed. Hence it would be improper to tie the meaning of these words of the Qur'an to any one of these numerous concepts. What might be broadly inferred from this statement is that either God has divided the universe beyond the earth into seven distinct spheres, or that this earth is located in that part of the universe which consists of seven different spheres.]

006.073 It is He Who created the heavens and the earth in true (proportions): the day He saith, "Be," behold! it is. His word is the truth. His will be the dominion the day the trumpet will be blown. He knoweth the unseen as well as that which is open. For He is the Wise, well acquainted (with all things).

010.005 It is He Who made the sun to be a shining glory and the moon to be a light (of beauty), and measured out stages for her; that ye might know the number of years and the count (of time). Nowise did God create this but in truth and righteousness. (Thus) doth He explain His Signs in detail, for those who understand.

021.033 It is He Who created the Night and the Day, and the sun and the moon: all (the celestial bodies) swim along, each in its rounded course.

025.053 It is He Who has let free the two bodies of flowing water: One palatable and sweet, and the other salt and bitter; yet has He made a barrier between them, a partition that is forbidden to be passed.

067.015 It is He Who has made the earth manageable for you, so traverse ye through its tracts and enjoy of the Sustenance which He furnishes: but unto Him is the Resurrection.

It is Allah Who Sends the Winds, Rain, Gives you Vegetations of All Kinds
006.099  It is He Who sendeth down rain from the skies: with it We produce vegetation of all kinds: from some We produce green (crops), out of which We produce grain, heaped up (at harvest); out of the date-palm and its sheaths (or spathes) (come) clusters of dates hanging low and near: and (then there are) gardens of grapes, and olives, and pomegranates, each similar (in kind) yet different (in variety): when they begin to bear fruit, feast your eyes with the fruit and the ripeness thereof. Behold! in these things there are signs for people who believe.

006.141  It is He Who produceth gardens, with trellises and without, and dates, and tilth with produce of all kinds, and olives and pomegranates, similar (in kind) and different (in variety): eat of their fruit in their season, but render the dues that are proper on the day that the harvest is gathered. But waste not by excess: for God loveth not the wasters.

007.057 It is He Who sendeth the winds like heralds of glad tidings, going before His mercy: when they have carried the heavy-laden clouds, We drive them to a land that is dead, make rain to descend thereon, and produce every kind of harvest therewith: thus shall We raise up the dead: perchance ye may remember.

It is Allah Who sent His Apostle Muhammad (s.a.a.w.)
009.033 It is He Who hath sent His Apostle (Muhammad) with guidance and the Religion of Truth, to proclaim it over all religion, even though the Pagans may detest (it).

048.028 It is He Who has sent His Apostle with Guidance and the Religion of Truth, to proclaim it over all religion: and enough is God for a Witness.

048.029 Muhammad is the apostle of God; and those who are with him are strong against Unbelievers, (but) compassionate amongst each other. Thou wilt see them bow and prostrate themselves (in prayer), seeking Grace from God and (His) Good Pleasure. On their faces are their marks, (being) the traces of their prostration. This is their similitude in the Taurat; and their similitude in the Gospel is: like a seed which sends forth its blade, then makes it strong; it then becomes thick, and it stands on its own stem, (filling) the sowers with wonder and delight. As a result, it fills the Unbelievers with rage at them. God has promised those among them who believe and do righteous deeds forgiveness, and a great Reward.

061.009 It is He Who has sent His Apostle with Guidance and the Religion of Truth, that he may proclaim it over all religion, even though the Pagans may detest (it).

062.002 It is He Who has sent amongst the Unlettered an apostle from among themselves, to rehearse to them His Signs, to sanctify them, and to instruct them in Scripture and Wisdom,- although they had been, before, in manifest error;-

062.003 As well as (to confer all these benefits upon) others of them, who have not already joined them: And He is exalted in Might, Wise.

062.004 Such is the Bounty of God, which He bestows on whom He will: and God is the Lord of the highest bounty.

It is Allah Alone Who Gives Life and Death
010.056 It is He Who gives life and who takes it, and to Him shall ye all be brought back.

006.060 It is He Who doth take your souls by night, and hath knowledge of all that ye have done by day: by day doth He raise you up again; that a term appointed be fulfilled; In the end unto Him will be your return; then will He show you the truth of all that ye did.

022.066 It is He Who gave you life, will cause you to die, and will again give you life: Truly man is a most ungrateful creature!

It is Allah Alone Who Guides you
006.097 It is He Who maketh the stars (as beacons) for you, that ye may guide yourselves, with their help, through the dark spaces of land and sea: We detail Our signs for people who know. 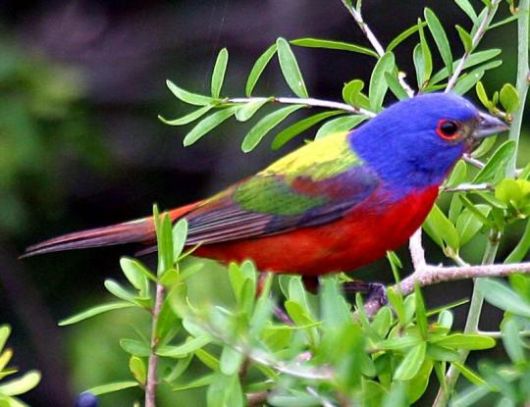