Q: What is the position of Shari’ah on stem cells research according to majority of our scholars? (Aamer Mahmoud)

A: Let us first understand what is this research and what are the issues involved in it. Following is a brief explanation written by my son Dr. Imran Siddiqi, a Ph.D. in Genetics. He says:

“The human body consists of many kinds of cells. These cells are very diverse in their structure and function. For example, neurons that make up the brain are very different from cells that make up our liver, cells that allow our heart to pump blood look nothing like the cells that make up our skin. In spite of their vast differences, however, all cells in the human body contain the same DNA. DNA provides the information, in the form of genes, which is necessary to make all these various cell types. Put simply, liver cells are liver cells because only a small set of genes are turned on in these cells while the rest are shut off. In the same way, cells in the brain or skin have their own set of genes activated, and other sets turned off. However, because all cells contain the entire set of DNA, they possess the information needed to make any kind of cell, though most of this information is not being used.

“How do cells become specialized to form the different organs in the body? Human development begins when a sperm cell fuses with an egg cell. This initial fertilized egg, although it is only a single cell, is able to form an entire human being. This cell starts to divide into additional cells, which at this early stage are all able to produce a complete organism. These cells are therefore called totipotent, meaning they have total potential to produce all cell types present in a living human. As development proceeds and an embryo forms, these cells become pluripotent, meaning they have potential to become many different kinds of cells but can no longer give rise to a complete embryo. Later in development, through a process called cell differentiation, these pluripotent cells eventually give rise to the different and more specialized kinds of cells in the body and the different organs begin to form.

“What are stem cells? Stem cells are cells that have not gone through the process of cell differentiation and therefore have the potential to give rise to many different kinds of specialized cells. For instance a stem cell could be used to produce liver cells, brain cells, heart muscle cells, blood cells, etc. The current sources of stem cells include embryos (which, as explained above, consist of pluripotent cells) and fetal tissue. In addition, some recent evidence suggests that even adults have a small number of mulitpotent cells that can be isolated and can later differentiate into various cell types.

“One source of stem cells is from embryos that were formed from a process called in vitro fertilization. This is a technique that has been used by doctors for some time, where eggs are removed from a woman after stimulation of the ovaries, and the isolated eggs are then fertilized by sperm cells in the laboratory. The fertilized eggs are allowed to divide for a few cycles and are then implanted into the woman’s uterus, where a normal pregnancy can then take place. The purpose of this technique is to allow couples who cannot normally have children to be able to reproduce. The technique is not that efficient, however, and so doctors usually produce several embryos, hoping that at least one will be able to implant correctly in the uterus and start growing. The remaining embryos are either frozen for later use or are destroyed. Recently, scientists found that they can take these embryos at the stage before they are implanted into the uterus (within 1-5 days after fertilization), and remove pluripotent cells from them. These cells can then be grown and divided on dishes in the laboratory, and then theoretically used to produce all kinds of tissues, from liver cells to heart muscle cells to brain cells.

“Why are stem cells important? Research on stem cells has much value both for scientific understanding of human development and for its potential to treat human disease. Many experiments on the effectiveness and safety of new drugs or treatments could be done on cell lines made from stem cells, instead of having to experiment on humans. In addition, stem cells might be used to produce liver cells that can then be formed into a functioning liver and transplanted into patients with liver failure. This would solve the current problem of organ shortage and could also solve the problem of immune rejection of organs. Stem cells might be used to create cells that produce insulin, which can then be transplanted into patients with type I diabetes. In short, stem cells have the potential to cure many diseases from liver disease, to diabetes, to Alzheimer’s and Parkinson’s disease, to heart disease, to spinal cord injury, and the list can go on and on.

“To make this potential of stem cells a reality, much research needs to be done in the next few years. To do this research, scientists need an ample supply of stem cells. Controversy arises because the main source stem cells are embryos used for in vitro fertilization. By removing cells from these embryos, scientists are essentially destroying the embryo, which could have otherwise gone on to develop into a child. However, as explained above, these embryos were developed initially in the laboratory solely for the sake of reproduction and, due to limitations of the in vitro fertilization technique, they were produced in excess of what was required for this purpose. As a result, the remaining embryos would have either been frozen indefinitely or destroyed. Perhaps if research was limited to using only these already existing embryos, it would be more acceptable than if embryos were created and destroyed specifically for the sake of acquiring stem cells.

“Are there any other alternatives? What about stem cells from adults? Some research has shown that even adult humans have a small number of cells that are multipotent, meaning they have the potential to become several different types of specialized cells. The best example of this is cells from the bone marrow. These cells have long been known to be able to produce the different types of blood cells, from white blood cells to red blood cells to platelets involved in blood clotting. Just this past year, a group of researchers showed that some rare bone marrow cells can also be triggered to form fat, cartilage, bone, and muscle. Additional research can theoretically be done on ways to make these multipotent cells become pluripotent; in other words to somehow trigger these cells to go in reverse and become less specialized, and then allow them to differentiate into many kinds of cells. In spite of this interesting research on adult stem cells, it appears that stem cells derived from adults will not be as versatile as stem cells from embryos. Adult stem cells may not be able to provide cells for all kinds of tissues, and in addition they are difficult to isolate because they are so rare in the body. Thus, adult stem cells do not hold as much promise as do stem cells from embryos.”

Now let us look at some of the moral issues involved in this research from an Islamic perspective.

Married couples who cannot have pregnancy in a normal way are allowed to have in vitro fertilization as long as the fertilized ovum is placed in the womb of the woman from whom the egg the was taken (not a surrogate mother). The fertilization has to be with the sperm of her lawful husband during their married life, not after divorce or after the death of the husband. This is the general conclusion of various Muslim jurists’ meetings that discussed this subject.

Having recognized that in vitro fertilization is permissible in Islam, now the first question that we should ask is that should an embryo, which is formed within a few days after an artificial fertilization and is not yet in the womb of its mother, be considered a human being, with all the rights of a human being?

According to the Shari’ah we should make a distinction between actual life and potential life. Also we should make a clear distinction between the fertilized ovum in the dish and the fertilized ovum in the womb of its mother. Indeed an embryo is valuable. It has the potential to grow into a human being, but it is not yet a human being. Similarly there is big difference in having something in a test tube or dish or something in the body of a human being. As mentioned above these embryos were developed initially in the laboratory solely for the sake of reproduction and, due to limitations of the in vitro fertilization technique, they were produced in excess of what was required for this purpose. As a result, the remaining embryos would have either been frozen indefinitely or destroyed. If these embryos were treated as full human, it would have been forbidden to produce them in excess and to destroy them later. No one treats them as humans. Destroying such embryos is not called and cannot be called abortion. We disagree with the Catholic position that this is “equivalent to infanticide”.

Muslim jurists have made a clear distinction between the early stages of pregnancy (first 40 days) and its later stages. It is mentioned that if someone attacks a pregnant woman and aborts her baby in the early stages of her pregnancy, that person’s punishment will be less than that of the person who does that during full pregnancy. And if he kills the child after the birth, then he is liable to be punished for homicide.

The second question is whether according to the Shari’ah it is acceptable to destroy an embryo for the sake of research, even if this research can potentially cure many otherwise fatal diseases?

Our answer is that the embryo in this stage is not human. It is not in its natural environment, the womb. If it is not placed in the womb it will not survive and it will not become a human being. So there is nothing wrong in doing this research, especially if this research has a potential to cure diseases. However, it is important that we establish strict rules against the misuse of embryos. Research on embryos has the potential for misuse, for instance in regards to the donors of these cells, and we should anticipate what these misuses might be and establish safeguards against them. (For example, doctors might have infertility patient go through extra cycles of ovulation just so they can obtain more embryos, or they might pay women to produce embryos, or embryos might be obtained without the consent of the donors). In making rules the authorities should also clarify that there is a difference between the use of “spare” embryos from in vitro fertilization procedures which would be destroyed regardless, as compared to the deliberate production of embryos for stem cell research. Each year thousands of embryos are wasted in fertility clinics around the world. Such embryos should not be wasted, they should be used for research.

It is also good to encourage the research on the alternative: to use adult stem cells instead of embryonic or fetal stem cells.. This would be much less controversial. However, it seems from the discussion of the experts in the field that adult stem cells are not nearly as useful as embryonic stem cells in their ability to differentiate into different cell types and would therefore not be as applicable in treating many diseases.

Until more research is done on this subject and Muslim scholars deliberate in detail on various aspects of this research, humbly following recommendations are in order: 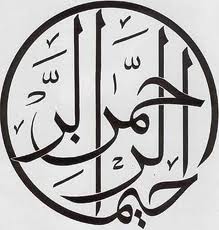