Coming of a Muslim 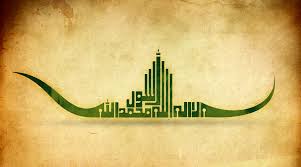 Many places in the Holy Quran, feeding an orphan or an indigent, serving humanity is mentioned before belief in God. In other places, belief in God is followed by service to humanity. A person who shares his wealth and possessions with his needy relatives and others has a beautiful character. He does so only for the love of God without seeking a reward from people. God makes it easy for such a person to become a Muslim.

On the other hand, a person may already be a Muslim and also serving humanity. Such a Muslim is true in word and deeds. There are also many verses in the Holy Quran which speak about severe punishment and being placed in the Hellfire for those people who do not give a portion of their wealth to the needy.

Below are some references from the Holy Quran:

In these verses, giving is mentioned before belief in God.

"And what will explain to thee the path that is steep?- (It is:) freeing the bondman; Or the giving of food in a day of privation To the orphan with claims of relationship, Or to the indigent (down) in the dust. Then will he be of those who believe, and enjoin patience, (constancy, and self-restraint), and enjoin deeds of kindness and compassion. Such are the Companions of the Right Hand. But those who reject Our Signs, they are the (unhappy) Companions of the Left Hand. On them will be Fire vaulted over (all round)." (90:12-20)

The following verse, which gives out real meanings of virtue or righteousness first mentions belief in God and then service to humanity:

"It is not righteousness that ye turn your faces towards east or West; but it is righteousness- to believe in God and the Last Day, and the Angels, and the Book, and the Messengers; to spend of your substance, out of love for Him, for your kin, for orphans, for the needy, for the wayfarer, for those who ask, and for the ransom of slaves; to be steadfast in prayer, and practice regular charity; to fulfil the contracts which ye have made; and to be firm and patient, in pain (or suffering) and adversity, and throughout all periods of panic. Such are the people of truth, the God-fearing."(2.177)

The following is one of many places where severe punishment is mentioned for those who hoard wealth:

"Woe to every (kind of) scandal-monger and-backbiter, Who piles up wealth and lays it by, Thinking that his wealth would make him last for ever! By no means! He will be sure to be thrown into That which Breaks to Pieces, And what will explain to thee That which Breaks to Pieces? (It is) the Fire of (the Wrath of) God kindled (to a blaze), The which does mount (Right) to the Hearts: It shall be made into a vault over them, In columns outstretched." (THE TRADUCER, THE GOSSIPMONGER,  CHAPTER NO.  104)

In fact, materialism appears to be the number one aspect of "Shirk" (Polytheism) prevalent in today's world, among Muslims and non-Muslims alike. Coupled with scandal-mongering and backbiting, the other top ranking diseases among people, the end result is the worst place in Hellfire unless a person repents and mends his ways.

May Allah T'ala forgive us, guide our hearts and keep us on the Path of Righteousness. Ameen. 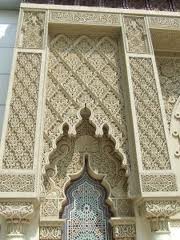